If I had a nickel for every time I chickened out of a peak because of the forecast...  Yesterday evening that sounded like a very good plan.  It was pouring rain in Anchorage, and the forecast for tomorrow was showers.  Ugh!  Worse yet, this was almost surely a snow maker up high! 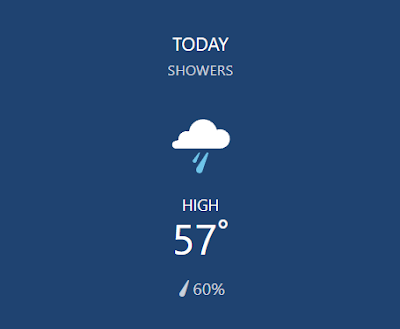 But no.  I was going to be ready for Eagle, no matter what.

I left the house at 5:30AM, and the skies actually looked promising.  As I arrived at the south fork trailhead, I did notice something ominous.  Snow!  On Harp Mountain! Oh boy.


I ran/jogged the 5 miles to the lakes, noticing that there was indeed more snow on Cantata and Triangle.  I turned the corner, and - boom!  Snow on Eagle too.  So that's how this was going to be.
I went around the south side of Eagle Lake, donning my rain gear to keep dry from the very wet brush.  My shorts still got soaked, but my core was dry and warm and so were my hands.  My feet, however, were just getting started with their wetness.


So, the first time I approached Eagle, I tried going around the glacial stream.  Big time waste.  The trick is you are supposed to go THROUGH it.  This sounds nice on a hot afternoon, but on a cold morning...  UGH!

I was cursing loudly every time the frigid water touched my painful feet.  They would thaw out a little bit, only to be re-iced every several minutes.  By far the least pleasant part of the approach.
Finally that was done though, and I scrambled up to the left of the waterfall, startling a whistle-pig that let out it's characteristic screech.  I'll never get used to that sound!


I reached the overlook of the glacier, noticing that it looked like it had receded markedly in just the two years it's been since I had last seen it.  Hmmm.

I started heading up the scree, not quite knowing yet if I was going to try the south ridge or south gully.  The south ridge was the first route I had tried on Eagle, without really knowing much about it other than studying a gpx file.  This held the same for the south gully.  Perhaps my greatest fault as a climber is just trusting to luck and a brief glance of a gpx.  Oh well - it usually turns out...


When the south gully came into view, I immediately opted to give it a try.  Might as well!
So, the most difficult part of this route is definitely the first bit past the waterfall.  I went left, and that felt pretty safe, except for the fact there was snow!

And the further I went up, there more snow there was!  There was even some verglass on the rocks, and I was glad that there plenty of options that had scree underneath and not smooth rock.


The summit actually came up unexpectedly.  The last bit of the gully is quite fast travel, and I was surprised to see what I assumed was (and indeed turned out to be) the summit.  At just after 11am, I was on the summit of Eagle Peak!!  Yay!  There was a LOT of snow up here.  I was in my Salomon running shoes - totally not prepared for this much snow.  But thankfully, it wasn't as cold as the glacial stream.  I spent a few minutes at the summit, and headed down.

Backtracking was easy.  Since it was snowy, I just followed my tracks.  There was more snow coming down now - a few light flakes.  Atmospheric.


Well, once I got back to the glacial stream it felt warmer.  THANK GOODNESS!  My feet didn't die quite as bad this time.

The way back to the car was fairly uneventful.  I didn't jog quite as much since my IT band was starting to bother me (old running injury stuff).  It was raining on and off, with the tall peaks now shrouded with clouds.  I'd made it!

Overall, I'd say Eagle is one of the more demanding peaks that is possible in a single day.  Sure there are peaks with worse approaches, BUT, those peaks are never done in a day.  The south gully is not very technical, so it would be my choice for someone looking to summit quickly.  I would add that routefinding is important.  I made a couple small errors that turned into time wasters on the way up.  Go do it!  Scrambling seasons ain't over! 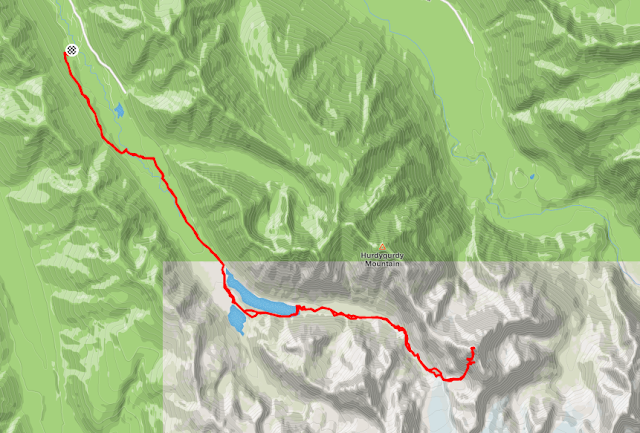