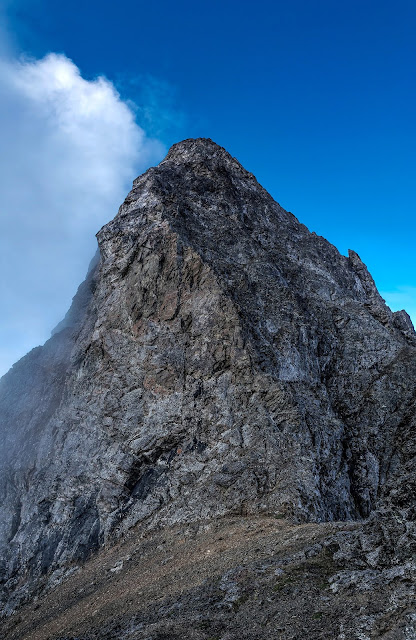 After summiting via the west ridge of Goat Rock this spring, I wanted to check out the east ridge. Brought my rock shoes cause I've never donned rock shoes in the Chugach before, and this seemed like a good place to start!

It was mellow, if exposed going until the crux near the top. 5.6ish with big, yet suspect holds, OR 5.7/.8 with much smaller holds and a crack on climbers left. Rock seemed fairly stable throughout, but I was extremely cautious all the same without rope! It was all very Zen and I never felt afraid. Walked off west ridge.
Photos