Arrived at Glen Alps about 8:30.  Was the ONLY car at the second lot.  Woohoo!  Kinda shuffled/ran the first mile past powerlines and towards little O'Malley.  When the going got steep, slowed it down and "power hiked".

Did some more shuffle running through the ballfield.  I guess I think of the ballfield as junk miles before getting wherever you're going...


And here's where I was going: 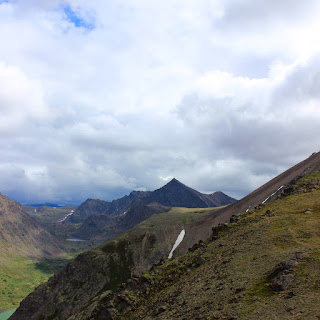 The picture is from the east end of the ballfield - right before dropping down into the valley that contains the Williwaw lakes.

Slid down on some handy scree.  Stopped to empty shoe rocks.

Continued on towards the west buttress of Williwaw, staying right-ish to funnel into the south ridge route.  Thought clouds were gonna start filling in, but it stayed only partly cloudy.  Whew! 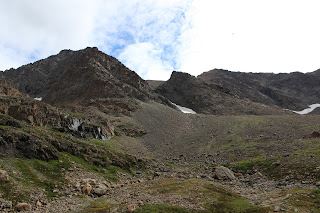 I went up the rocks that are to the right of the snow in the center of the picture.  There's a definite RIGHT way through - go too far right or too far left and you're in for some nasty exposure.  Once you're past this though, it's an easy scramble up the final bits of the south ridge: 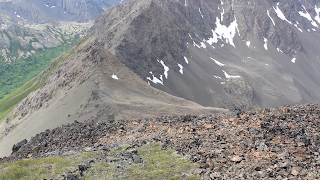 And you're at the top! 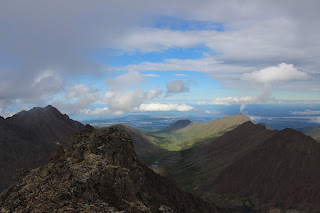 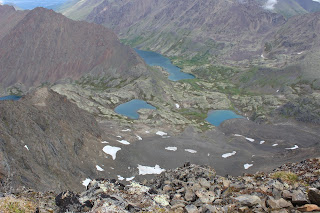 It took me just under 3 hours to reach the top.  Stopped for a lunch break, then left at exactly the 3 hour total mark.  Made it back to Glen Alps at around 6 hours.  GPS data:

No real running, just brisk hiking.  Melted those miles away!

Posted by Nate Bannish at 8:18 AM No comments: 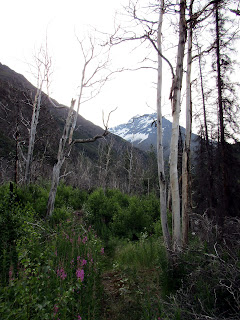 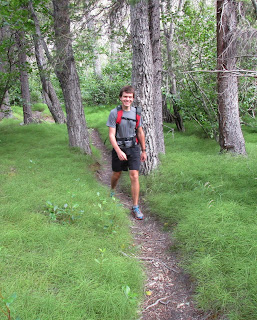 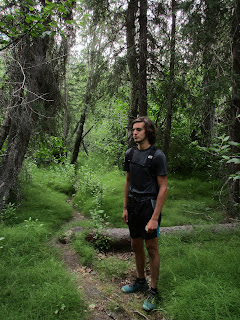 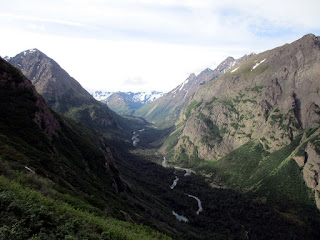 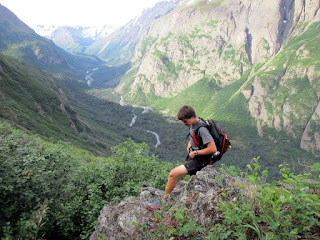 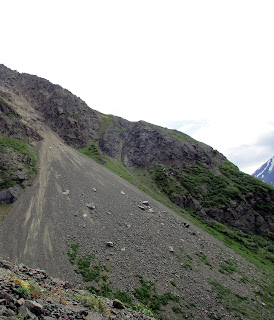 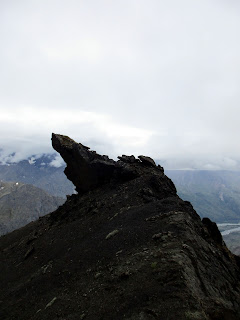 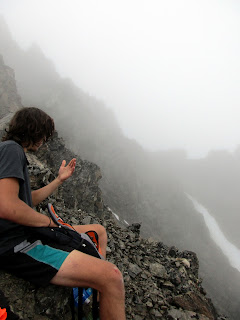 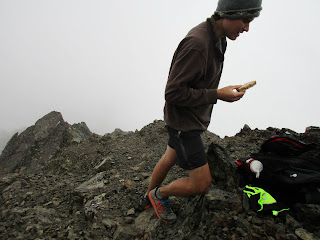 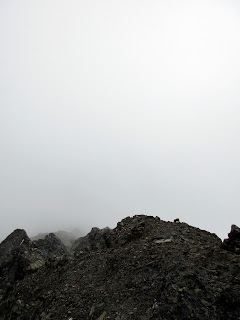 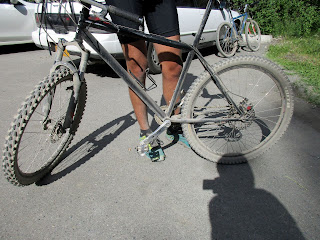 Posted by Nate Bannish at 6:00 PM No comments: